Action Plan for the Wipeout & Recovery

Jim Woods was recently named the world’s #1 Stock Picker (out of over 7,000 traders) according to the independent ratings firm TipRanks. His 75% success rate over the last year delivered an average return of 16.6%.

As Wall Street’s #1 stock picker, he’s asked to write articles for just about every major financial publication in America, including MarketWatch, Street Authority, StockInvestor.com, InvestorPlace.com, Main Street Investor, and Townhall Finance. All because his forecasts have been so accurate and his trades make money. Here are just a few examples: 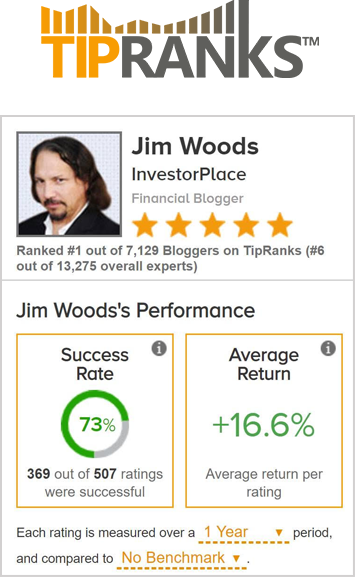